The first question we get asked, why SEI?

Our story began in early summer of 1995 when Nick and Gianni purchased the original Villa Barone Ristorante from their father and his associate.  Located in the Pelham Bay section of the Bronx, it was always known as “the pizzeria at the Six stop” or “The Villa under the Six train.”  Keeping it short, the Six line was always referenced when referring to the original Villa.

When the brothers purchased the business, Vincenzo Carovillano, with his expertise of dining room management and customer service, stayed on board with them after a decade of already being a part of the original Villa.

Vinny, as head waiter and manager of the dining room, then hired James Bianchini. James was a fourteen-year-old busboy that joined the Villa’s waitstaff. He was always a hard worker and determined to make money. He was a kid that always wanted to work and never said no to a shift.

And so, the four of them…Nick, Gianni, Vinny and James worked together to restore “Villa under the Six” back to a full house of happy customers. 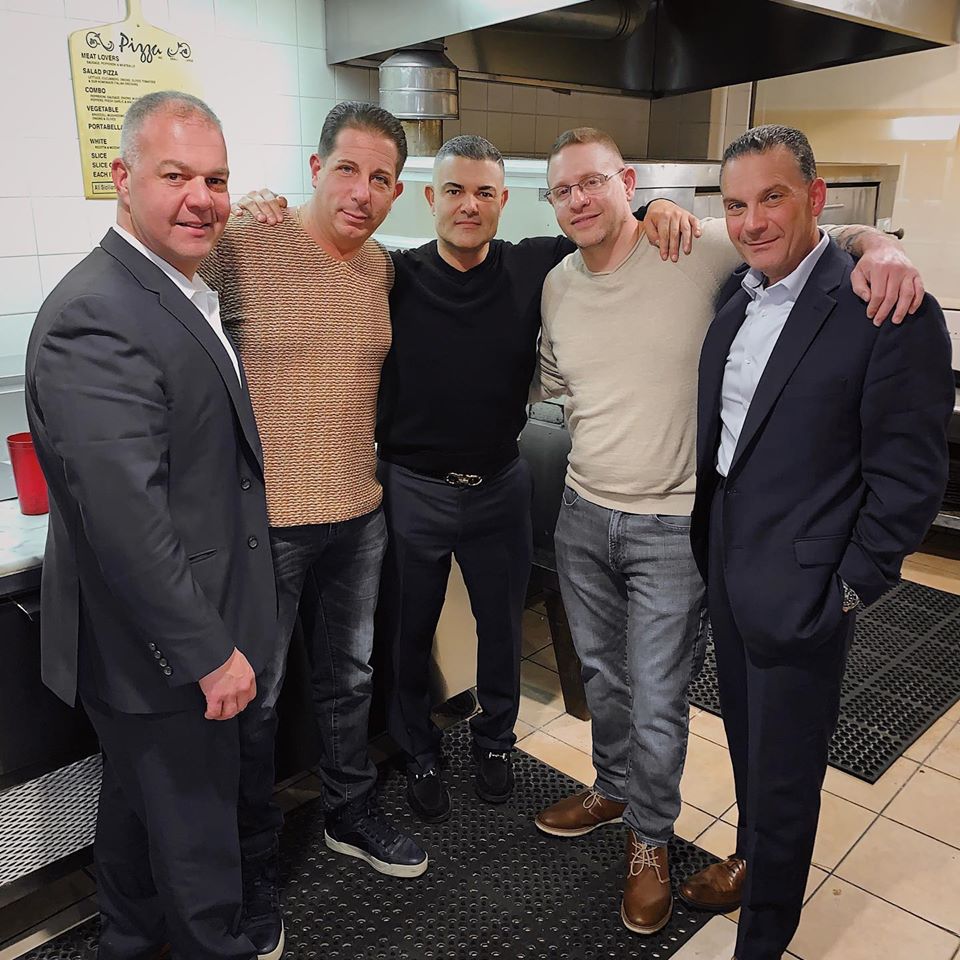 As the years moved forward, in August of 2000 Nick and Gianni purchased what was then known as “Lombardi’s Dug Out”, located on Route Six. Even the address was four Six Six Route Six.  Today this location is known to all as Villa Barone Hilltop Manor.

To this day, especially to their patrons from the Bronx and down county, the HILLTOP MANOR is always referred to as “The Villa up on Route Six”.

As business began to grow and the brothers ventured into an expansion of the Hilltop Manor, creating a much larger location, Vinny joined this new team. He came aboard as the new General Manager of Villa Barone Hilltop Manor bringing along the help of James Bianchini as a Maitre D. Both of them made the move to the Mahopac/Carmel area to help and be part of this newly expanded venue.

As the years pass, they continue to provide quality food with outstanding customer service, continuously building upon their exceptional reputation.

Around 2013, Carmine Paglia, a friend and renowned local chef joined the team at the Hilltop Manor. Carmine, with decades of culinary experience, was the Chef at many well-known restaurants such as Polpo and Gabrielle’s in Greenwich, CT. He also was the Executive chef and proud owner of Pranzi, which was a famous hotspot in the heart of City Center in White Plains, known for its great food. Carmine’s cooking attracted and continues to attract palates of all kinds from all over. Today, he is currently the Executive Chef of Villa Barone Hilltop Manor.

In February of 2020 these five friends decided to join forces and merge decades of experience combining both exceptional culinary and service. Today they are the new proud owners of TRATTORIA SEI, formerly known as “ Gino’s on Route Six ”.

So back to the question, why Sei???

Remember…it started in Pelham Bay under the “Six”  line. Then Villa Barone Hilltop Manor was located at four Six Six Route Six. Then the old Gino’s was also on Route Six……

The number Six, or better yet “SEI”  has always been a part of the journey.

After all… “WE ARE” “SEI”, the NEW Italian Trattoria on Route SIX!